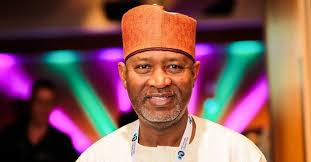 Ondo State Governor, Oluwarotimi Akeredolu, has cautioned the opposition Peoples Democratic Party, PDP against further deployment of violence and thuggery in the state.

Akeredolu stated that the violence and thuggery that characterised the primary of the PDP where parts of the venue, the Dome, were destroyed would no longer be tolerated

He said his administration was disturbed and appealed to the PDP to exercise restraint in deploying violence, adding that he would not hesitate to deploy the full weight of the law in order to protect Ondo citizens.

Akeredolu, who spoke through his Commissioner for Information and Orientation, Donald Ojogo, said it was unacceptable and unimaginable that politicians would want to use violence to achieve personal aims.

He said he received credible reports that there was serious threat to lives and property during the PDP primary, which was held last Wednesday.

Akeredolu noted that recent trend of violence in the state was orchestrated following last Tuesday’s attack on the residence of his Special Adviser on Works and Infrastructure, Alhaji Raheem Aminu.

He said his aide escaped by the whiskers, b saying that the CCTV captured activities of the invaders.

His words: “As a responsible government we are appealing to politicians to eschew violence because what we witnessed on the day of the PDP primary still remains unacceptable to us and government will not tolerate such any longer.

On reconciliation moves in the APC, Governor Akeredolu said nothing would be spared to ensuring peace returned to the Ondo APC.

He said he has been pursuing peace and was happy that all leaders have decided to put everything behind them and move on.

Akeredolu noted that his reconciliation pursuit showed he wants to build a formidable APC and wants everybody to be on board before the election.

“The interest of the APC is paramount than every other interest. Mr. Governor is expected to meet other leaders of the party whether as groups or individual. The process is ongoing.

“He has made up his mind to ensure all party members are brought on board to ensure defeat of the PDP,” he stressed.