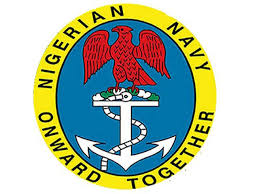 The Command Information Officer, CNC, Commander Blessed Nuhu, in a statement said the operation which was launched from the Nigerian Port Authority Jetty, Warri is aimed to make the area crime free for economic exploratory activities for enhanced national development.

The Flag Officer Commanding, FOC, CNC, Rear Admiral Saidu Garba while flagging off the operation stated that the Operation was to consolidate on the impressive achievements recorded by the NN during the conduct of Operation CALM WATERS which was activated in May 2019 to deter planned agitations within and around Nigerian’s maritime environment.

He noted that within the period of the Operation, the NN recorded a total of 27,918 hours of sea patrol which resulted in the arrest of 31 vessels and 357 persons suspected to be engaged in maritime illegalities.

He stated that the NN bases cumulatively neutralised a total of 186 illegal refineries with 2,036 metal tanks and ovens, seizing a total of 23,102,900 litres of illegally sourced products.