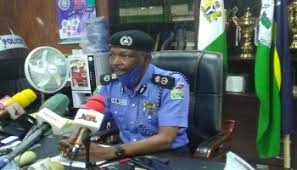 The police in Kano arrest and paraded 392 suspects on Thursday for various criminal offences in the state.

The Kano state police command revealed that all the suspects were arrested between the period of May and July this year.

Parading the suspects before journalists at the Bompia command headquarters, Commissioner of Police in Kano, Habu Sani disclosed that despite the pressure of COVID-19 pandemic, operatives of the command successful nip the criminal elements.

Habu said the intensive crackdown on 392 suspects and recovery of several dangerous weapons was part of the intensive commitment to community policing initiative of the Inspector General of Police, IGP Mohammad Abubakar Adamu.