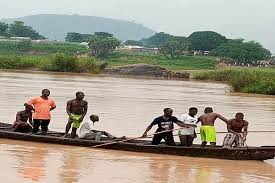 Idealposts
No fewer than five persons have allegedly drowned as a canoe conveying villagers fleeing from bandits attack capsized at Gurmana river in Shiroro local government area of Niger State.

Those alleged to have been drowned are three women and two children.

It was gathered that the victims were among those fleeing from the community, having heard of an attack by armed bandits on a neighbouring village.

“They boarded the canoes in order to escape attack from the bandits, but unfortunately, one of the canoes capsized when they had almost gotten to safety,” the source added.

Confirming the incident, the Co-convener of Concerned Shiroro Youths, Sani Abubakar Kokki stated that the incident happened in the night when some villagers were running from bandits attack.

He also disclosed that fleeing from one village to another during terrorist attacks have now become a normal thing in the area.

” Fleeing is now normal once people get news of an attack on another village. Some of the passengers on board drowned. As a proactive measure, the victims upon hearing about the attacks in adjoining villages decided to run for their lives but, met their untimely death while trying to escape,” he stated.

Kokki also recalled how other attacks of that nature occurred in the past and some had claimed many productive lives.

The Co-convener of Concerned Shiroro Youths further explained that the search of the victims by volunteer rescuers, divers and fishermen have started even as nine of the bodies of the drowned victims have been found.

According to him, “I personally witnessed the search efforts at Gurmana riverbank, scene of the unfortunate incident and as at this time, none of the five drowned victims was found but rescuers are determined to discover their corpses. In this light, frantic efforts are being intensified!”

Describing the development as unfortunate and sad, he stated that search and rescue operation is ongoing in the area for those that are still missing.