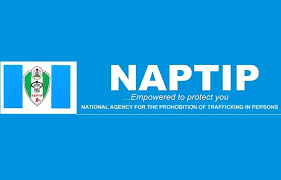 Manager of an Ophanage, “Divine Hands of Hope” at Chukuku in Kuje Area Council of FCT, has been arresed on Friday by the National Agency for the Prohibition of Trafficking in Person, NAPTIP

A 45 years old indigene of Kogi, Mrs Paulina Okere, an Igbira woman from Nagazi village in Adavi Local Government Area was alleged to be operating the fake orphanage.

NAPTIP Director-General, Mrs Julie Okah-Donli, while briefing journalists on the issue, said that the suspect was handed over to the agency by the Department of State Security Services, DSS on July 10.

The DG, who was represented by the Director of Research and Programme Development, Mr Godwin Morka, said that the suspect was earlier arrested by the DSS on July 6, following a petition it received from members of the Kuje communities.

“The suspect is alleged to have collected 74 children while claiming to foster the concerned children at her orphanage known as “Divine Hands of Hope’’ located at Chukuku, Kuje Area Council of the FCT.

“Further investigation has shown that 25 of the children are in Suleja, Niger State, 24 in FCT, five in Enugu, 10 in Owerri, six in Lagos, two in Kaduna and two in Anambra State.

“She claimed that the children were orphans but some of the parents have debunked this claim; the suspect carries out these activities with the collaboration of some of her workers who are now on the run,’’ Okah-Donli.

According to her, 11 of the children have been recovered by the agency during its preliminary investigations and that the agency is seriously worried about the safety of the remaining children whose whereabouts is yet to be known.

She said that members of the Kuje communities were still coming forward with the names of some children said to have gone missing within the same neighbourhood.

The D-G added that the agency had commenced a serious manhunt for the fleeing persons while efforts were being made to locate the remaining children and rescue them.

Okah-Donli said that the agency had opened the discussion with sister `Law Enforcement Agencies’ in the location mentioned with the view of providing the necessary operational assistance that would lead to the eventual rescue of these children.

She, however, warned parents to desist from giving out their children under any guise in order to ensure their safety and thanked all stakeholders who assisted the agency to arrest the suspect.

Meanwhile, the suspect who spoke with newsmen said that “it was a social welfare officer in Kuje who approached her with the deal, adding that the children were brought to her on a disguise that their parents were attacked by Fulani herdsmen in their various village.’’

Okere also claimed that she signed an agreement letter with the social welfare officer who handed over the children to her.

When asked if she registered her orphanage with the FCT Social Welfare Department, she answered in affirmation, adding that she had even collected some of the documents from the department to that effect.

“I also registered with my area council before the lockdown, I have over 80 children in my custody, my intention is for them to receive good education, I can give an account of all of them,’’ she said.

Some of the parents of these children, grand-parents, caretaker and acquaintances were also in NAPTIP to protest their missing children and some spoke to newsmen.

They told newsmen that they handed over their children, who were missing to the accuse under the guise she will educate them.