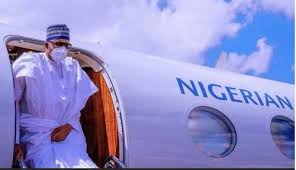 President Muhammadu Buhari and other African leaders have arrived Bamako, the Capital of Mali to find solution to the political crisis that has rocked the country.

It has been reported that Buhari’s Special Adviser on Media and Publicity, Femi Adesina, announced Wednesday that his principal would join his counterparts from the West African regional bloc on a peacekeeping mission to Mali.

“President Muhammadu Buhari will Thursday depart for Bamako, Republic of Mali on a one-day visit, following the briefing by the ECOWAS Special Envoy to the country, former President Goodluck Jonathan.

“The Nigerian President and some ECOWAS leaders led by the Chairman of the Authority of Heads of State and Government of the sub-regional organisation, President Issoufou Mahamadou of Niger Republic, agreed to meet in Mali to engage in further consultations towards finding a political solution to the crisis in the country,” Adesina wrote.

In Bamako with Buhari on Thursday are Presidents Alassane Ouattara of Ivory Coast, Macky Sall of Senegal, Mahamadou Issoufou of Niger and Nana Akufo-Addo of Ghana.

The mission to defuse the unrest in the Sahelian country had the backing of the Economic Community of West African States, ECOWAS.