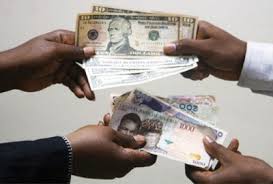 Idealposts
The Naira on Tuesday exchanged at N472 to a dollar at the parallel market in Lagos, the News Agency of Nigeria, NAN reports.

The Pound Sterling and the Euro also exchanged for N575 and N530 respectively.

The Naira, however, traded at N388.17 to a dollar at the investor’s window.

The market turnover at the window stood at 38.72 million dollars.

In his reaction to the fall of the naira at the parallel market, Sheriffdeen Tella, a Senior Economist at the Olabisi Onabanjo University Ago-Iwoye, Ogun, attributed the volatility to the antics of currency speculators.

Mr Tella, a professor, said speculators had huge funds for various currencies for the purpose of speculating for future returns.

He said the speculation could be caused by the official depreciation of the naira recently.

NAN reports that since the COVID-19 pandemic, the country has been struggling to sell its oil at the international market.

Foreign exchange earned from such sales are used by the apex bank in the defence of the naira at the FX market.