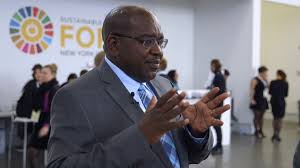 Zambian Health Minister, Chitalu Chilufya on Thursday pleaded not guilty to corruption charges on the first day of a trial for allegedly using ill-gotten gains to acquire property and assets.
Chilufya, 47, was arrested last month and charged with four counts of possession of property “suspected of being proceeds of crime”.
“I understand the charges and I plead not guilty,” Chilufya told judge Lameck Mwale at the magistrate court in Zambia’s capital Lusaka.
Graft investigators homed in on the minister in May after the minister allegedly amassed a sudden fortune.
According to court documents, Chilufya bought around $215,000-worth of shares in a lakeside lodge in 2017. He is also accused of using $165,000 to purchase a guest house and $52,000 for a boat.