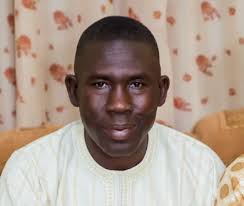 Chairman, Taraba state of the Nigerian Labour Congress, NLC, Comrade Peter Gambo is dead.
Gambo died at the early hours of today of coronavirus at the Isolation Centre of the Federal Medical Centre, FMC, in Jalingo, the state capital.
The news of the passing on of the labour leader was confirmed by a staff of the secretariat in a text message to members of the State Working Committee of the union in Jalingo on Wednesday.
Gambo who is said to have tested positive two weeks ago has been at the isolation centre at the federal medical centre Jalingo where he is being managed by health experts.
Efforts to get the reaction of the State Secretary of NLC failed, but the Special Adviser to Governor Darius Ishaku on Media and Publicity, Mr. Bala Dan-Abu, said he was shocked when he read of the death of the NLC Chairman on the social media.
Dan-Abu said he will issue a condolence message on behalf of the Governor later in the day after checking with the officials of the union.
A staff of the Church where Gambo pastored, Mr. Amos Likita, wrote; “Rest in peace mentor. You’ve served your country, state, humanity, Christ Glorious Army Church, and God well, its time to enjoy your rewards in heaven.
“My warm regards to your predecessor, Rev. Dr. Ben Ubeh. God, you are faithful in all your ways.”