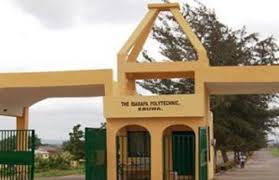 Some staff and students of the Ibarapa Polytechnic, Eruwa, Oyo State (now Adeseun Ogundoyin Polytechnic) have rejected the appointment of Dr. Samuel Ogundiran as Chairman of the governing council of the institution.
While rejecting the appointment of Ogundiran, the urged Governor Seyi Makinde of Oyo State, to immediately replace Ogundiran with a competent and trusted person with unquestionable characters.
Recalls that Makinde recently appointed Chairmen and members of the governing councils of the six tertiary institutions owned by the Oyo State government.
However, staff and students of the institution while reacting, said that it was unfortunate that Makinde appointed Ogundiran, a former Chairman of the governing council of the institution during the administration of the immediate past Governor, Senator Abiola Ajimobi.
The staff and students called on Makinde to replace Ogundiran, who was arrested by the Economic and Financial Crimes Commission, EFCC, Ibadan Zonal office on Tuesday, May 28, 2019 over financial misappropriation.
Recalls that EFCC had in May 2019, arrested Ogundiran for alleged financial misappropriation. Among allegations against Ogundiran is that he illegally approved and paid furniture allowances to members of the Council. EFCC also invited council members for interrogations.