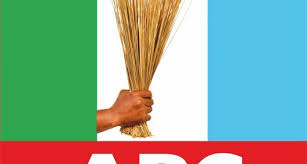 The All Progressives Congress, APC in Ekiti has threatened that it will not hesitate to sanction any member who engages in anti-party activities.
It said to sustain its stronghold on the state, there was the need for members to put aside their differences and work for the success of the Governor Kayode Fayemi -led administration.
The party called on its members to shun any act capable of creating cleavages and promoting division within the party, urging them to unite to deliver on the promises made to the electorate.
Despite criticisms the current administration has performed below expectation, the party passed a vote of confidence on Fayemi for his giant strides in governance and the State Working Committee(SWC) led by Paul Omotoso.
A group of aggrieved leaders led by former Minister of Works, Dayo Adeyeye and Special Adviser to the President on Political Matters, Senator Babafemi Ojudu, few weeks passed a vote of no confidence on Fayemi on account of poor management of the state and the party.
But the party leaders in Ado Ekiti Local Government, had after its meeting on Wednesday, warned members against taking any action that could deplete the party’s fortunes, saying such action would not be tolerated under any guise.
A statement by the APC Chairman in the Council, Hon Michael Akinleye, said: “Henceforth, no member should engage in activities that are capable of factionalising the party. All efforts must be inclusive and we must operate like a family .
“That having found the executive worthy in the performances of their duties from the wards to the local government levels, we viewed them as being effective and we hereby pass a vote of confidence on them.
“Particularly, the stakeholders in the council passed a vote of confidence on Paul Omotoso-led SWC, having performed creditably well in the past elections that led to the victories of President Muhammadu Buhari , nine National Assembly members and the 26 House of Assembly lawmakers in the 2019 general elections”.
Justifying the confidence reposed in the governor, Akinleye said the present administration had executed like the airport project, Ekiti State Civic Centre, Ado-Iyin road dualisation, establishment of four new seondary schools , completion of Oja Oba Market , payment of Social Security stipend, construction of Ureje Dam, among others, as landmark projects initiated by Fayemi within the last two years.
“These are life changing projects that have opened the Ado Ekiti metropolis to immense business opportunities, which we have to appreciate”.
The party promised that all the members will be given sense of belonging and promised that the leadership will operate in a manner bereft of discrimination .
Akinleye advised party members across the 13 wards in the council to operate their meetings in line with the stipulated procedure to tackle the spread of the Coronavirus pandemic.