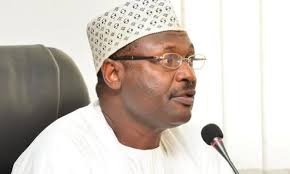 As preparation for the governorship election scheduled forSeptember 19 in Edo state is ongoing, the Independent National Electoral Commission, INEC, on Wednesdayannounced that three political parties substituted the candidates ealier nominated for the election.
INEC National Commissioner and Chairman, information and voter education committee, Mr. Festus Okoye, made this disclosure in an interview with journalists on Wednesday in Abuja.
Okoye disclosed that the Action Alliance, AA, Labour Party, LP and African Democratic Congress, ADC were the three parties that met the July 13 deadline for withdrawal and substitution of candidates for the state election.
He said, AA substituted its governorship candidate, Edemakhiota Osaimiamia with Obhafuoso Paul; while LP replaced Omogbelehan Pauline with Omobayo Marvellous as its deputy governorship candidate for the election.
Also, ADC substituted its earlier nominated governorship candidate, Mabel Oboh with Akhigbe Ehiabhi; as well replaced Mabel Oboh with Reuben Edokpayi as the party current deputy governorship candidate.
Okoye added that Section 35 of the Electoral Act provides that a candidate may withdraw his candidature by notice in writing signed by him and delivered by himself to the political party that nominated him for the election.
The political party is expected to convey such withdrawal to the Commission not later than 45 days to the election.
He said, “INEC is not permitted to lift the veil to investigate whether the letter of withdrawal by any of the candidates is genuine or not from the political parties.
“Any issue or challenge or problem with the genuineness or otherwise of withdrawals and substitutions are within the domestic realm of political parties and INEC has no role to play in its resolution”