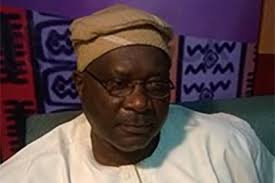 The former Chairman of Shooting Stars Sports Club, Bode Oyewole, has passed on.
Oyewole dead took place on Tuesday morning in Ibadan, the Oyo State after a brief illness.
He was a former member of the 1998 set of 3SC which won the Nigerian League title and the West African Football Union cup.
A former Chairman of the Oluyole Warriors, Ibadan, Oyewole was Chairman of the Nigeria Union of Journalists between 1978 and 1980.