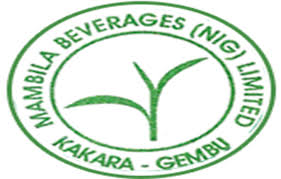 Mambila Beverages Limited, the developers, manufacturers and marketers of Highland Tea and Highland Green Tea in Gembu, Taraba state has called on the general public to invest in the company.

A subsidiary of the Taraba Investment and Properties Limited, TRIP, Mambilla Beverages has generated a lot of funds to the Government of Taraba state.

Secretary to the State Government and Chairman Board of Directors, Mr. Anthony Jellason made the call on Thursday while briefing newsmen after the 2019 Annual General Meeting, AGM held in Jalingo.

He said that the company had paid ordinary shares to the Taraba government amounting to N50 million as well as generates employment opportunities to youths of the state.

According to Jellason, an award would be given to Gov. Darius Ishaku of Taraba as the best developer and promoter of Tea in Nigeria, adding that it was part of the recognition for the stabilisation and improvement in production capacity of the company under the Ishaku administration.

Mambila Beverages are the developers, manufacturers and marketers of Highland Tea and Highland Green Tea in Gembu, Taraba.