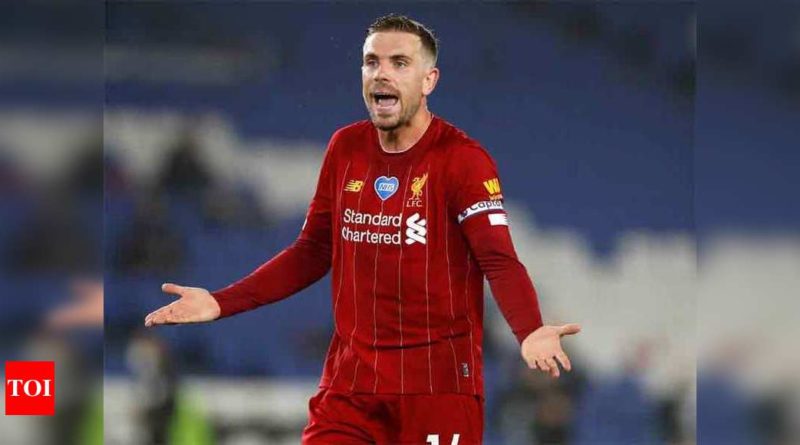 Jurgen Klopp has confirmed that Liverpool captain Jordan Henderson is out for the rest of the season due to a knee injury.
The England midfielder limped out of a 3-1 victory at Brighton and Hove Albion on Wednesday after damaging his left knee in a challenge with Yves Bissouma.
At a Friday news conference, Klopp revealed Henderson will play no further part in the champions’ bid to break Manchester City’s record Premier League points tally of 100.
The former Sunderland man will not require surgery, however, and his manager is optimistic he will be fit for the start of the 2020-21 season.
Klopp said: “Best possible news. It’s a knee injury, but no surgery is required.
“He will not play this season, but I’m positive he will start the new season. He’s a quick healer.”
Klopp also revealed Dejan Lovren is available for Saturday’s clash with Burnley at Anfield, where Liverpool can move on to 95 points with a victory.
The Croatia centre-back has been sidelined with a knock but could feature against the mid-table Clarets.
Liverpool face Arsenal, Chelsea and Newcastle United in their final three games after coming up against Sean Dyche’s in-form side, who have won three and drawn one of their previous four.