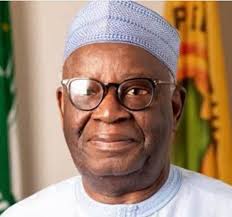 There are emerging indications of palpable fear engulfing some principal officers in the presidency and several political appointees as the new Chief of Staff to President Muhammadu Buhari, Professor Ibrahim Gambari, deepens reform to reset the Buhari administration. National Daily had at the inchoate stage of Gambari’s appointment as CoS to the President reported of emerging fear in the presidency over potential reorganization of the government by the emergent CoS, wherein some political appointees may be fired.
The Chief of Staff who came on board after the death of Abba Kyari had begun his latent reform with relative reorganization in the presidency, restoring the role of the National Security Adviser, Babagana Monguno, which was hitherto usurped by the late Chief of Staff, Kyari. Prof. Gambari restored the reporting line of the service chiefs through the NSA to President Buhari. This was previously taken over by late Kyari, who through the media aides to the president made broadcast of activities in the presidency. The post-Kyari meetings of the service chiefs with President Buhari were coordinated and later disclosed to the public by Monguno.
Moreover, the removal of the All Progressives Congress (APC) national chairman, Adams Oshiomhole, after obvious abuse of powers and arbitrary use of the party structures to fight personal political battles demonstrated that President Buhari is beginning to receive wise advise in the presidency. There was no room for stalemate as in the past.
Then, the acting chairman of the Economic and Financial Crimes Commission (EFCC), Ibrahim Magu, whose confirmation was rejected by the Eight Senate based on corruption indictment by the Department of Security Service (DSS) report, fell to allegations of corruption partly raised by the Attorney General of the Federation and Minister of Justice, Abubakar Malami.
Magu is still undergoing interrogations on the various corruption allegations hanging on his neck. Meanwhile, he has been suspended from office.
Prof. Gambari brought in professional civil service culture into the presidency since his appointment and has been working assiduously to reset the Buhari administration and reorganize the federal government for optimum performance.
Sources from the presidency, on the condition of anonymity, revealed that more political appointees may fall in subsequent searchlight. There was the insinuation that some political actors allegedly induced their appointment using money to lobby their ways for ministerial appointments into the federal cabinet. Some were alleged to have made extra monetary inducement for specific portfolios. These among other alleged malpractices were disclosed to be looked into in the latent reform to sanitize and redirect the Buhari administration.
The service chiefs whom most Nigerians over time demanded their retirement for failure to contain the raising insecurity in the country may be under strict review, according to a presidency source. Our source further revealed that the leaked memo of the NSA, Monguno, to President Buhari in 2019 before the death of Abba Kyari is being studied towards reviewing the activities of the different arms of the Nigerian military.
The outcome of the process remains uncertain. It was said that while some may survive the reviews, some may not.
There were indications that there are no limit to which the ongoing reform through the presidency can go.