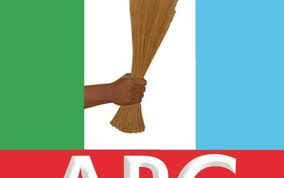 As preparation is ongoing for the Ondo state Governorship primary, slated to hold on 20 July, the party has adopted indirect primary whereby only delegates of the party will be allow to vote
Reports said the Gov. Mai Mala Buni- led Caretaker Committee has resolved to stick to the mode of primary adopted and conveyed to the Independent National Electoral Commission (INEC) by the sacked National Working Committee, NWC of the party.
The party on Wednesday began screening of the 12 aspirants for the governorship race.
Six of the aspirants screened so far.
Among them were Governor Oluwarotimi Akeredolu, Amb. Joseoh Olusola Iji and Chief Odimayo Okunjimi.
Others are Chief Olayide Owolabi Adelaml, Chief Isaacs Kekemeke Duerimini and Chief Olusola Oke.