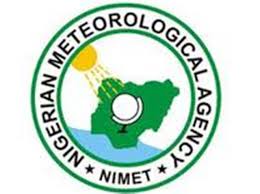 In its efforts towards boosting food security, Nigerian Meteorological Agency, NIMET, yesterday conducted a virtual training for 40 agricultural extension workers in Plateau, on rainfall prediction step down and its implications to farmers in the state.
The training was conducted in collaboration with the Human Environmental Developmental Agenda, HEDA and the Country Women Association of Nigeria, COWAN, on in Jos.
In a welcome speech at the exercise one of the agency’s Director, Prof. Mansur Matazau, said the essence of the training was to sensitise the extension workers on various predicted weather and rainfall patterns during the farming season, so as to enhance their farming techniques.
Matazau said the Seasonal Rainfall Prediction, SRP, provided farmers with essential weather advisories and early warnings as the prediction helped to reduce the risk associated with weather and climate that farmers might encounter.
Matazau revealed that the predicted annual rainfall expected for the state was between 960mm to 1,200mm, with Jos North predicted to be at the peak of the downpour on the Plateau.
He urged farmers to deliberate on what steps to take with the information provided.
Also, one of the speakers from NIMET, Mr. Harauna Zakari, advised farmers to plant when the normal rainfall had been established.
The participants were also trained on Crop Weather Calendar for the state, as this would enable them to know when best to sow certain crops.
On his part, Commissioner for Agriculture in Plateau, Dr. Hosea Finangwai, who was represented by Mrs. Helen Gumkat, urged participants to pay keen attention to the training so that they could apply what they learnt and retrain other farmers in their various Local Governments Areas.