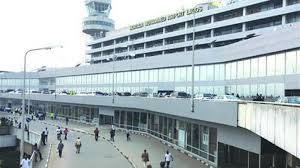 Minister of Aviation, Senator Hadi Sirika, has announced that Nnamdi Azikiwe International Airport, Abuja, Murtala Muhammed International Airport, Lagos and Mallam Aminu Kano International Airport, Kano, are ready for recommencement of domestic flights.
Sirika disclosed this on Monday in Abuja during the daily Presidential Task Force briefing that Lagos, Abuja and Kano airports would recommence domestic flights on Wednesday.
Recall that Sirika had recently embarked on assessment of the airports which, he said, were 90 percent ready to commence operations.
He urged all passengers and crews to obey the COVID-19 protocols to ensure safety of the airports and airplanes against the virus.
The Minister stated that five countries in Africa and over one hundred countries across the globe have already started domestic air service.
On the preparation on the airplanes, the minister stated that the last row of the aircraft would be free so that persons with symptoms could be evacuated and kept there.
He said that what remained was surface cleaning and bags provision which would be perfected as soon as flight resumes.
The minister had also maintained that non-travelling aides of all dignitaries would no longer be allowed into the terminal as part of the new protocol.
On the time to be spent with the new protocol, the minister said: “The experience is quite nice, but it takes a bit of time which is why you will need to be at the airport three hours before your departure time for local flights. For international flights, we may do five hours.”
On the protocol inside the flight, the minister said: “There would also be social distancing in the aircraft. But new ideas were coming on board on how to remain seated to make the carbin economically okay and to ensure Nigerians don’t infect each other.
He added that those new norms were coming and they would implement them in such a way that flights were profitable.
Sirika asserted that WHO and ICAO have already developed protocols of the sitting.