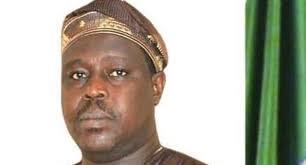 Governor Rotimi Akeredolu on Monday announced the appointment of Temitayo Oluwatuyi as the new SSG in the state, following the resignation of Ifedayo Abegunde as the Secretary to the Ondo State Government,

Akeredolu made this disclosure on Monday via his verified Twitter handle, saying hat the appointment is with immediate effect.

“Today, I announced the appointment of Hon. Temitayo Oluwatuyi “Tukana” as the Secretary to the State Government, SSG to resume immediately following the resignation of Hon. Ifedayo Abegunde,” Akeredolu wrote.

It had been reported that Abegunde resigned on Monday and tendered and directed his resignation letter to Akeredolu.

The letter titled ‘Letter of Resignation Effective 6th July 2020’ read, “I, Hon. Ifedayo Sunday Abegunde, the Secretary to the State Government of Ondo State hereby tender my letter of resignation.

“I want to thank Mr. Governor for giving me the opportunity to serve the Government and people of Ondo State.

“Again, my family and I wish Mr. Governor quick recovery.”