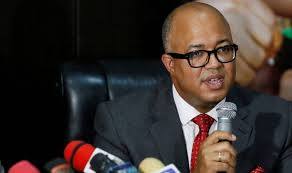 The Nigeria Centre for Disease Control, NCDC has announced specific health protocols to be observed by the Independent National Electoral Commission and other stakeholders in any election to be conducted during the Covid-19 pandemic.
Speaking at the media briefing by the Presidential Taskforce on Covid-19 in Abuja on Monday, the Director General of the centre, Dr. Chikwe Ihekweazu, said that instead of the usual gathering of supporters to canvass for votes, politicians were expected to use mass media such as television, radio, posters, mobile vans, social media and other forms of communication to solicit for support.
“There is a challenge we have in the way we have conducted our elections starting from the pre-election, during election and post-election. We strongly encourage the use TV, radio, posters, mobile vans, social media and other forms of communication as politicians solicits for votes.
“We advise adherence to guidelines on mass gatherings. Unfortunately, the virus doesn’t recognize whether we are conducting elections or whether we are on business settings. It just thrives wherever people come together,” he said.