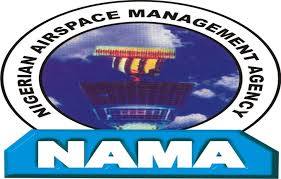 Ahead of Airport reopening, the Nigerian Airspace Management Agency, NAMA, is upgrading its safety facilities to ensure safe flight in the industry.

The agency at the weekend, procured Search and Rescue, S&R facilities to further increase safety in the sector.

In a statement by the General Manager, Public Affairs, NAMA, Mr. Khalid Emele, the recently procured sophisticated equipment would boost its aeronautical search and rescue capability across the Nigerian airspace.

The statement hinted that the equipment, which were being distributed among the nation’s Rescue Coordination Centres (Lagos and Kano) and Rescue Subcenters (Abuja, Port Harcourt, Maiduguri, Enugu, Ilorin and Sokoto) include plotting facilities, communication facilities, medical supplies and International Civil Aviation Organisation, ICAO documents among others.

ICAO documents include IAMSAR Manual Volume 1,2 and 3 as well as Annex 12 Search and Rescue Preparation Manual.

The statement quoted Capt. Fola Akinkuotu, the Managing Director, NAMA as saying that the agency took steps to procure the equipment in order to enhance its preparedness and efficiency in Search and Rescue coordination in the event of any occurrence, especially given that the airports were about to be reopened to commercial activities.

“For instance the workstations which came with software applications for digital and faster plotting will aid our personnel in precisely locating where an incident or accident occurred,” he said.

Akinkuotu also revealed that in addition to the facility upgrade, the agency recently recruited experienced Search Mission Coordinators to be on 24 hours watch at both the Rescue Coordination Centers and Rescue Sub-centers.

He explained that dedicated telephone numbers and email addresses of the above Search and Rescue centers had been published in the Aeronautical Information Publication, AIP.

“So, having beefed up the capacity of Search and Rescue unit at the two Rescue Coordination Centers and at the six Rescue Sub-centers in the country, NAMA is more prepared than ever before in terms of human capacity as well as equipment upgrade.

”Also, note that in the last couple of years, the agency has trained different categories of critical personnel both in Nigeria and outside the country in Search and Rescue Coordinator courses in line with ICAO Standards and Recommended Practices, SARPs,” he said.