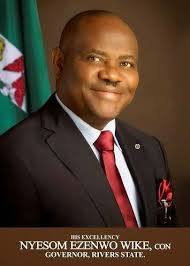 The Police in Rivers State, South South Nigeria, has just uncovered a soakaway filled up with about twenty corpses in Jesus Avenue, Umuebule One in Etche Local Government Area of Rivers State.
The suspected killer and owner of the premises where the corpses were discovered in the soakaway is a trader in Ogbunabali Road, Port Harcourt City.
Luck ran against the suspected killer when a trader from Aba in Abia State on invitation said to have left the address and phone number of the suspect with his wife upon departure to collect the sum of N500,000 being cost of goods supplied to the suspect on credit.
After waiting for 48 hours without seeing her husband back home, the wife of the victim reported to the Police who went into investigation immediately.
On interrogation, the suspect took the Police to his house where five fresh corpses were discovered from a 20 fit soakaway exclusively dug for dumping corpses.
The pit, which said to have been dug in 2016, has about 15 more corpses yet to be recovered.
According to the source, the wife of the suspect has since abandoned her four children and ran away.
It was also learnt that the two grown up children of the suspect have also taken to their heels, whereas two little children of the suspect were said to be demonstrating how their evil father strangled his victims in their profane gaze.
They hinted that their father sternly warned them not to tell anyone of evil act else, he would also apply same treatment to the toddlers.
The crime scene is said to be attracting myriad number of people just as the Commissioner of Police, Rivers State Command is said to have just visited the scene this evening.