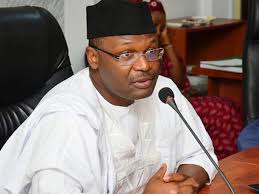 Independent National Electoral Commission, INEC on Tuesday disclosed that 14 political parties have submitted their nominations for the Edo governorship election.
The commission made the disclosure in a statement issued in Abuja by the INEC National Commissioner and Chairman, Information and Voter Education Committee, IVEC Mr Festus Okoye.
Okoye said that the particulars of the nominated candidates would be published in the Edo State office of the commission and simultaneously uploaded on its website on Thursday.
However, from the provisional list of the nominated candidates by the 14 parties, only the governorship candidate of the New Nigeria Peoples Party was a female.
The list also indicated that that only African Democratic Congress and the Social Democratic Party nominated females as running mates.
Okoye said that 15 political parties earlier signified their intention to conduct primaries for the nomination of their candidates, adding this exercise ended on June 27.
“At the close of nominations on June 29 at 6 pm, 14 political parties used the dedicated online portal of the commission to submit the list of candidates that emerged from their primaries.
“The provisional list of the candidates disaggregated on the basis of name, gender, age and qualification has been uploaded on our website and social media platforms.
“Furthermore, and as required by law, the particulars of the nominated candidates will be published in the Edo State office of the commission and simultaneously uploaded on our website on Thursday, July 2.
However, Okoye encouraged members of the public to go through the nomination forms, affidavits, and documents submitted by the parties on behalf of their candidates.
He advised that any person who had reasonable grounds to believe that any information in the affidavit or any document submitted by any candidate was false to take legal action.
Okoye said that such a person may file a suit at the Federal High Court, High Court of a State or the FCT against such a candidate seeking a declaration that the information contained in the affidavit was false.
He noted that the final list of duly nominated candidates would be published on Aug. 13, after withdrawals by candidates and substitution by their political parties.
Okoye said that the commission also deliberated on several issues including Ondo State end of the tenure of governorship elections as well as the Nasarawa Central State Constituency bye-election.
He said political parties interested in nominating candidates for the Ondo governorship election should note that the conduct of party primaries would commence on July 2 and end on July 25.
“The last date for the submission of the names of duly nominated candidates is July 28.
“For the Nasarawa State Central Constituency bye-election, the conduct of primaries for the nomination of candidates starts today, June 30, and will end on July 6,” Okoye said.
He said that the commission was encouraged by the seamless online nomination of candidates for the Edo governorship election using its newly introduced dedicated portal.
Okoye said that the same procedure would be applied in the Ondo governorship poll, Nasarawa Central State Constituency bye-election and all subsequent elections to be conducted by the commission.
“Accordingly, political parties are encouraged to obtain their nomination access codes from the commission for the bye-election and upload the list of their candidates and their particulars to the dedicated portal between July 3 and July 7.
“For the Ondo governorship election, the commission’s dedicated portal for the submission of the names of candidates that emerge from valid party primaries will open on July 21 and close on July 28, 2020.
“Political parties are encouraged to submit the list of their candidates on time as the portal will automatically close at 6 pm on the last date for the submission of nominations,” he said.
He advised all political parties, candidates, aspirants, and supporters to obey all laws, regulations, and guidelines, especially in their campaigns.
“Equally important is the need for strict adherence to the COVID-19 protocols to ensure their safety and well-being as well as that of members of the public,” he said.