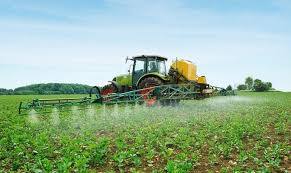 One of the world’s largest producers of phosphate based fertilizer, Morocco’s OCP Group, has announced that it expects the ammonia plant in Nigeria and the fertilizer plant in Ghana to be operational by 2024.
This forms part of the expansion strategy of the group into the Sub-Saharan Africa in recent years, thereby boosting its investments.
According to the company’s Chief Growth Officer, Soufiyane El Kassi, the two plants will be adding 2 million tonnes a year to its global capacity, with each of the plants having a capacity of 1 million tonnes a year. This is part of OCP’s push to step up investment of phosphate based fertilizers in Africa.
The $1.3 billion Nigerian plant when operational is expected to export ammonia to OCP Morocco plant in Jorf Lasfar, while the Morocco firm would supply phosphoric acid to make the fertilizer.
OCP had already announced plans to start operating a 2.5 million tonnes a year fertilizer plant in Ethiopia by 2023 or 2024 with phosphoric acid supplied from Morocco and output for both the domestic and international markets.
The group also have started building multi-million dollar blending plants in Nigeria, Ethiopia, Ghana and Rwanda to customize fertilizers to the requirements of different soils.
OCP which already supplies more than 90% of Nigerian fertilizer demand, signed a protocol agreement in June 2018 to build the plant with Nigeria’s Sovereign Investment Authority. The Group aims to boost fertilizer supply to Nigeria from I million tonnes a year to 3 million tonnes a year in the next 5 years.
This will be a huge boost to Nigeria’s plan to become self-sufficient in fertilizer production. Nigeria, which relies heavily on imported fertilizers to meet 80% of its national demand, expects to be transformed from a net importer of fertilizer to a major producer and exporter.
This will also help boost Nigeria’s efforts to attain self-sufficiency in food production in the country.
The OCP Group in 2019, supplied 58% of the total fertilizers sold on the African continent with 1.8 million tonnes, just as its exports hit 9 million tonnes. However, low international prices, caused a 3% drop in revenue to $5.5 billion in 2019 for the group.