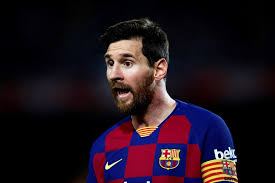 Former Barcelona and Valencia defender Jeremy Mathieu has spoken about his decision to retire from football after suffering a serious knee injury.
Now aged 36, Mathieu has spent the past three seasons at Portuguese giants Sporting CP and his plan to hang up his boots at the end of the campaign has now been brought forward due to injury.
The Frenchman arrived at the Blaugrana from Valencia in 2014 after Carles Puyol confirmed his retirement, but he never lived up to expectations.
Signed as a left-footed defensive partner for the more elegant and ball-playing Gerard Pique, Mathieu’s three years at the Catalan club were hugely frustrating and he joined Sporting CP on a free transfer in 2017.
“It’s hard to say goodbye like this,” Mathieu explains to his teammates, as cited by Mundo Deportivo. “I would have liked to play one last time at home, but life goes on.
“It was a pleasure to wear this shirt and play with you and enjoy every moment.”
Mathieu later claimed he was always made a scapegoat when things went wrong at the Camp Nou and as reported by ESPN, he claimed that Catalan newspaper Diario Sport “always had something bad to say about me.”
Mathieu played in France for Sochaux and Toulouse before his switch to Spanish football.