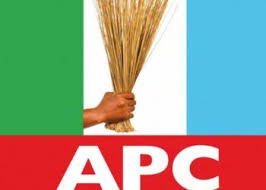 There may have been a crack within the rank of the sacked National Working Committee, NWC, of the All Progressives Congress, APC, as former National Publicity Secretary, Mallam Lanre Issa-Onilu has publicly declared support for the Governor Mai Mala Buni-led Caretaker Committee.
President Muhammadu Buhari along with the National Executive Committee, NEC, of APC had on Thursday dissolved the Party’s National Working Committee NWC and inaugurated a caretaker committee to manage the affairs of the party for the next six months.
In a statement released Friday, Onilu said having reflected on the events of the past few days and the outcome of Thursday’s NEC meeting, he has seen reason to allign with the actions taken by the President.
He added that like the President said, the APC was ominously hanging on a cliff and as expected, something had to give way as the party could not have continued along that obvious path of destruction.
The former spokesperson of the party who was until the last minute with the disgraced Hilliard Etta-led NWC, has called on other estranged members of the party to rally round the Caretaker/Extra-Ordinary Convention Planning Committee led by H.E. Mai Mala Buni, as they embark on the process of rebuilding the party.
“Ours must be a party that is strong and truly progressive; one that can provide our government the support it requires to deliver more dividends of democracy.
“We all have the obligation to subordinate our individual interests to the collective interests of our government and country,” Onilu stated