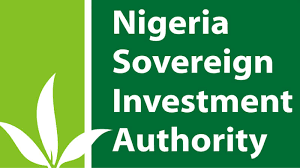 Nigeria Sovereign Investment Authority has expressed its readiness to invest another N114 billion into the Presidential Fertilizer Initiative, PFI for the purpose of boosting agricultural produce across the country.
This will increase total investment in the PFI to N221 billion since 2017 when the initiative was established.
The PFI was established following the visit of the King of Morocco to Nigeria in December 2016 and the subsequent signing of a 3-year bilateral agreement with Morocco for the supply of Di-ammonium Phosphate, DAP, a key ingredient for fertilizer production.
The mandate of PFI was also to make high-quality fertilizer available to Nigerian farmers at the right time and at an affordable price and to revive the ailing fertilizer blending industry so that Nigeria could achieve food security.
According to NSIA, which doubles as the PFI programme operator and fund manager, N104 billion has been invested in the scheme between 2017 and 2019, while the additional N114 billion will be invested this year on items that cover raw materials, logistics, contract blending costs by 3rd party blenders among others.
The PFI’s business model involves sourcing for and procurement of four constituent raw materials required for the production of NPK 20:10:10 fertilizer.
Of the raw materials sourced, 37 percent of the inputs, namely DAP and Muriate of Potash (MoP) are imported while the remaining 63 percent of the raw materials, mostly Urea and limestone granules, are sourced locally.
The raw materials are blended locally at accredited blending plants nationwide to produce the fertilizer for delivery at a target price of N5,500 per 50kg bag, recently reduced to N5000 per
Information from NSIA revealed that the PFI has revived the operations of 31 blending plants thereby increasing domestic production capacity by nearly 300 percent and improving the quality of fertilizer available to domestic farmers.
In addition, the scheme has created over 100,000 new jobs outside farming jobs. It also created jobs in other sectors of the economy such as logistics,
haulage/transportation, ports management, bag manufacturing, industrial warehousing, and micro-economic activities in and around the blending plants.