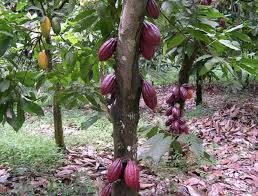 As a measure to boost cocoa production in the state, Cross River Government has commenced transplant of 10 million cocoa seedlings in the government-owned cocoa estates across the state.

Deputy Governor of the state, Prof. Ivara Esu who flagged off the exercise at Abia in Bendeghe community of Etung Local Government Area of the state, said the transplant was part of efforts by the state government to revamp the moribund cocoa estates across the state for optimum utilisation.

He said the government had taken giant strides aimed at boosting cocoa production in the state.

“It is our hope that revamping of the estates will increase the Gross Domestic Product, GDP of the state,” Esu said.

The Special Adviser to the Governor on Cocoa Development and Control, Dr Oscar Ofuka, disclosed that the government’s target was to produce 500,000 tonnes of cocoa per annum.

Ofuka said the plan had become imperative so as to feed the ultra-modern cocoa processing factory at Ikom, which would soon be inaugurated.

He revealed that the state was the second-largest producer of cocoa in Nigeria, adding that it was poised to overtaking Ondo State as the leading cocoa producing state in the country.

“We have the potential and the capacity to becoming the cocoa hub of Africa by surpassing Cote D’Ivoire, which is the leading cocoa exporting country in Africa,” he said.

Oscar said that the transplant of improved cocoa seedlings was long overdue since the present cocoa plantations were established by late Dr Micheal Okpara’s administration in the 1960s.

The Speaker of the State House of Assembly, Eteng Jonah, commended government for taking the state to a higher level in cocoa production.

He promised that the lawmakers would always support the efforts of the government to recreate the economy of the state, especially in view of the dwindling allocation from the federation account.

The Deputy Governor, the speaker, as well as other dignitaries, later planted cocoa seedlings as a mark of solidarity for the project.