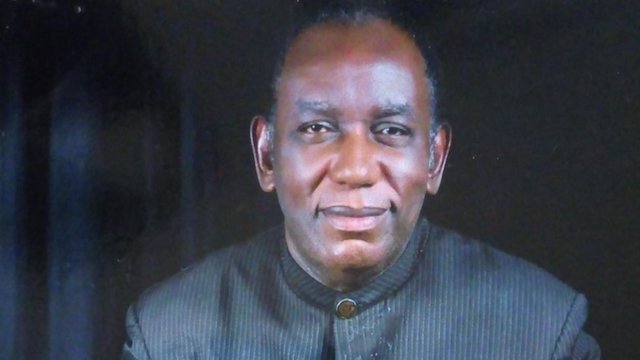 The headmaster of Eton College has apologised to Nigerian Dillibe Onyeama over the racism he suffered while a student in the school in the 1960s.
Onyeama was the first black person to complete his studies at the prestigious British public school. He passed out in 1969.
He wrote a book, Nigger at Eton, about the racism he experienced at the school and was subsequently banned from visiting.
Head Master Simon Henderson said “we have made significant strides since”.
But he acknowledged that there was “more to do”.
Eton has a reputation for educating some of the highest ranking members of British society, including Prime Minister Boris Johnson, who is the 20th British prime minister to have attended the school, as did Archbishop of Canterbury Justin Welby and both the Duke of Cambridge and the Duke of Sussex.
“We have made significant strides since Onyeama was at Eton but – as millions of people around the world rightly raise their voices in protest against racial discrimination and inequality – we have to have the institutional and personal humility to acknowledge that we still have more to do,” Mr Henderson told the BBC.
The headmaster said that he would invite Onyeama to meet him in order to apologise in person and “to make it clear that he will always be welcome at Eton”.
“We must all speak out and commit to doing better – permanently – and I am determined that we seize this moment as a catalyst for real and sustained change for the better,” he added.
However, Onyeama told the BBC that the apology was not necessary and did not change his view of Eton, which on the whole was positive.
He added that the apology “compels the recognition that prejudice on the grounds of colour or race dehumanises its victims in a way that ordinary forms of prejudice do not”.
He previously told the BBC that he had been taunted on a daily basis at Eton by fellow students.
He was asked questions like “Why are you black?”, “How many maggots are there in your hair?” and “Does your mother wear a bone in her nose?”
When Onyeama performed poorly in academics or excelled in sports, the students attributed it to his race.
When he obtained seven O-level passes, the entire school was confounded.
“‘Tell me Onyeama, how did you do it?’ I am asked time and time again,” he wrote in his book. “‘You cheated, didn’t you?’”
After leaving the school, he detailed these experiences in a memoir and in 1972 he received an official letter informing him that he was banned from visiting Eton.
The headmaster’s response comes as some leading British companies and institutions, such as insurance market Lloyd’s of London and pub chain Greene King, have apologised for historical links to the slave trade.
Those apologies were spurred by the recent wave of Black Lives Matter protests.
Eton was founded by King Henry VI in 1440 and has a worldwide reputation for its high educational standards.
Currently it charges fees of more than £40,000 ($50,000) a year—BBC