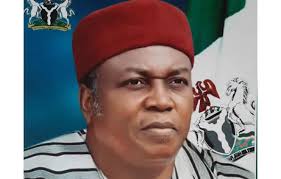 Ezekiel made the disclosure on Monday in Jalingo, while briefing newsmen, saying the companies are; Taraba Gas, Taraba Beverages, Taraba Vegetables, Taraba Motel and Taraba Oil Mills, which are subsidiaries of Taraba State Investment and Property Development.

He said the commercial outfits had contributed significantly to the economic growth of the state in particular and Nigeria in general.

Ezekiel noted that crime has reduced in the state due to the reactivation of the moribund companies which he said had created both direct and indirect jobs for the teaming youth in the state.

The Chief Executive Officer of TSIPD stated that the Taraba cucumber would soon be supplied to the US and some countries in the UK.

He said the distribution at present had covered up to Ghana and the Benin Republic, adding that the company had concluded arrangements to ship the product to Europe and US.

He said previous administrations made little or no effort in reviving the commercial outfits as he praise the Governor Ishaku for having the vision to revamp the moribund enterprises.