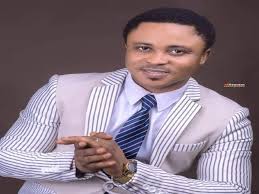 Innovative Improvement of Livelihood of West Africa’s Largest Refugees Settlements, IILWALRS, has said that global threat awaits refugees in the sub-region if they are not given urgent humanitarian attention.
Project Leader of the initiative, Dr. John John Uket made this known in a press release over the weekend, stating the need for everyone to play a part in contributing to the betterment of the lives of refugees across the region.
He said such interventions would affirm the resolve to initiate institutionalised innovative measures that will; enhance the economic turnaround for refugees, improve their livelihood, as well as guarantee them a secured and better future.
“The world is faced with a climax of global concerns in health and social justice, with an increasing demand for respects for fundamental human rights, improved healthcare system, job creation and economic resuscitation in order to have humanity in its better form.
“The nations of the world across all continents are well hit by these demands; developed and underdeveloped nations alike; are in dire need to proffer suitable solutions to these brasing questions and trends.
“The thin line of social justice and economic justice has become a twin ideology that the world must deal with in even many more years from now. This certainly equates the human race on a scale of existence like never seen before in recent times,” he said
According to him, every 20 minutes people are forced out of their homes due to natural or man-made disasters and perturbations are most essentially having more feasts on the unsuspecting victims, who are mostly the refugees in all regions of the world.
“To say the least, the terminal point of all the global anguish is mostly felt by the refugee in the poverty driven nations or third world countries such as Nigeria and Cameroon”, he stated.
He revealed that, With over 3.3 million refugees in Nigeria and Cameroon, the effect of the global crisis, will certainly be far more on their lives if nothing is urgently done to ameliorate their difficulties, in years to come.
Dr. Uket cited a recent report by the Norwegian Refugee Council, NRC, on Aljazeera News, which stated that Cameroon ranks 1st while Nigeria ranks 8th in the Annual Index of 10 most ‘Neglected Displaced Crisis’ countries in Sub-Saharan Africa.
He asserted that, other West African countries in the ranking are Burkina Faso, Mali, Niger which reflect the growing security and humanitarian crisis unfolding amid the region’s multi-layered conflict.
This definitely makes West Africa the worst hit by refugee crisis in the world.
“The recurring problems and persistent issues of refugees in Nigeria and Cameroon are alarming. The lack and poor conditions faced by refugee especially young girls, woman and children in these two countries have no solutions in sight at the moment”, he noted.
Stressing further, he pointed out risks that the refugees may face in the nearest future if nothing is done.
“This makes them most vulnerable to sexual violence, child labour, human trafficking and other dehumanizing conditions. With about 3 percent disabled persons with the refugee communities facing extremely vulnerable and cruel means of survival in such conditions of disabilities “, he added.
In his analogy, humanitarian funding lags, with a 2019 United Nations appeal, where only 43 percent of the funds needed, certainly indicates that there is a global threat of these refugees if they are not given urgent humanitarian attention.
“We are aware of the great resource and potential that lies in the refugee. We are aware of their resilience in making life count. This certainly informs our projects initiative which shall catalyse a paradigm shift in the management and improvement of refugee programs across the world. With our projects, every refugee shall be a potential global economic actor”, he stated.