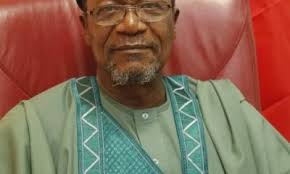 Former Anambra State Commissioner for Environment, Hon. Dr. Ifeadi Okwenna has said the state has lost the structures of infrastructural development across the state.
Dr. Okwenna who spoke on the issue to newsmen in Abuja, stated that major projects by previous governments have been currently lost in the state, mostly under constant environmental threat.
“Unfortunately, over the years, we have lost these structures, programmes, projects and consciousness.
“Considering our small landmass relative to our population, it becomes imperative that the environment of Anambra state is sustainably managed.
“During my time as Commissioner for Environment, under the Peter Obi- led administration, we designed for Anambra State, policies, plans and actions that promote sustainable development and which if it were uninterruptedly implemented, would have ensured that this generation of Ndi-Anambra are effectively taken care of,” he said.
He said during his term in office, the government provided standards and guidelines for Environmental Impact Assessment, Environmental Auditing and monitoring and ensured that projects likely to cause significant adverse impact on the environment have their Environmental Impact Assessment conducted before such projects commenced.
“We reviewed and adapted the effluent standards and set minimum standards for liquid effluents treatment, from industrial facilities, before they can be discharged into our environment,”noted Okwenna.
Okwenna noted that the Obi led administration, also reorganised the Municipal waste management system, commenced the house-house refuse collection and at-source separation of wastes, using trash bags and revived tree planting programme and were planting an average of 500,000 trees annually.
“We were creating garden parks and beautifying open spaces, cleaning drainages, controlling flood and erosion in all parts of the State.
The former commissioner further reiterated that his tenure was a golden moment for Anambra Environment, stressing that the Peter Obi administration promoted environmental consciousness amongst the citizens of the state on voluntary bases, as well as attracted support funds from Federal Government, the Ecological Fund office, from World banks, United Nations, other Development Partners, across Nigeria.
As government, we shall begin again and shall tackle the environment challenges of Anambra state in a holistic and sustainable manner and ensure that the numerous environmental challenges bedeviling the state are reversed.
He added that, “We shall revive our Waste Management System, promote Urban Renewal, Beautify our cities, tackle flood and erosion and fight climate change,” he added.