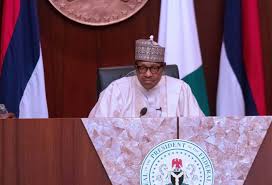 President Muhammadu Buhari has congratulated the newly elected President of Burundi, Evariste Ndayishimiye.
Ndayishimiyeon took the oath of office as President of Burundi after a swearing-in ceremony on Thursday in the political capital, Gitega.
The Nigerian leader’s congratulatory message was conveyed in a statement released by his Senior Special Assistant on Media and Publicity, Malam Garba Shehu, in Abuja on Thursday.
The President also felicitated with the Government and people of Burundi on the historic peaceful transition to a democratically elected government, after the sudden demise of President Pierre Nkurunziza.
Buhari observed that, with a resounding victory at the polls, President Ndayishimiye, has what it takes to consolidate democracy in the east African country.
Ndayishimiye had served as Secretary-General of the ruling CNDD-FDD party, and played an active role in guiding the country on the path of peace and development.
Buhari said he looks forward to working with the new Burundian leader and his government to strengthen the warm relationship between the two countries.