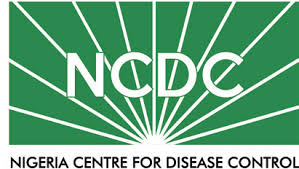 Officials of Nigeria Centre for Disease Control, NCDC, have sealed off the premises of a new generation bank in Onne area of Eleme Local Government Area of Rivers State.
This was following the report that many staff members of the bank including gatemen and cleaners have allegedly tested positive to coronavirus.
It was gathered that the Manager of the branch of the bank had died after exhibiting symptoms and testing positive to the virus.
It was also learned that NCDC and its security team were responsible for the sealing of the premises.
A source privy to the information, who gave her name simply as Success, disclosed that NCDC had collected samples from the staff of the bank after the death of the manager and that many of the samples tested positive.
The source further disclosed that NCDC had visited the bank on Tuesday sealed it off, adding that all the staff has all been moved to an isolation centre in the state.
However, it was gathered that the development has caused pandemonium in the area, as the residents call for government attention.
It would be recalled that Governor Nyesom Wike had threatened that any public institution that failed that maintaining the COVID-19 protocol, regretting that banks and supermarkets have always flouted that instructions.