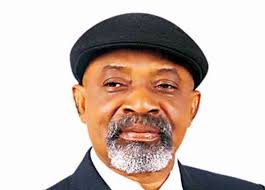 The Federal Government has begun the disbursement of the April and May hazard and inducements allowances to healthcare workers.
Minister for Labour and Employment, Dr Chris Ngige, stated this in Abuja at the end of a meeting between the Federal Government and members of the National Association of Resident Doctors, NARD.
He disclosed that the meeting ended on a positive note as the government side had shown evidence to the Association of the payment of the hazard and inducement allowances.
NARD had on Monday embarked on a nationwide strike after the expiration of a 14-day ultimatum following the delay by the Federal Government in meeting its demands on the payment of hazard allowances and other matters.
The Minister said, “We have paid those allowances since last night and it was directly paid into the account of recipients. So, we are hopeful that between the Integrated Payroll and Personnel Information System (IPPIS) office and the Central Bank, before the end of 24 hours, the accounts of the health care workers would all be credited for April and May.
“The payment is not for only Resident Doctors, but also for consultants, nurses, pharmacists, physiologists, mortuary attendants, Intensive Care Unit (ICU) centres attendants, and all health care workers in COVID-19 designated hospitals and all Federal Medical Centres in designated states”.
Ngige stated that the Federal Government had taken care of all the major issues raised by NARD, and disclosed that the appropriation for residence programme had been captured in the 2021 budget and would roll over from 2020.
Also speaking, the Minister of Health, Dr Ehanire Osagie, appreciated the essential services of the health workforce in keeping Nigerians healthy, especially during this global pandemic of Covid-19.
Dr Osagie noted that Government had made every effort to meet the demands of the health workforce and therefore called on the Association to discontinue its industrial action and assist government in protecting the health of Nigerians.
According to him, government was ready to protect the lives of Nigerians and would not allow hospital to “fallow” and added that his Ministry would issue a directive to all medical directors in the country to open a register for those present and absent from work.
Also presents at the meeting were the Minister of State, Labour and Employment, Festus Keyamo SAN, Minister of State, Health, Senator Olorunimbe Mamora, Permanent Secretary, Federal Ministry of Labour and Employment, William Alo, Permanent Secretary, Federal Ministry of Health, Tope Fashedemi and Dr. Aliyi Sokomba, President Association of Resident Doctor.