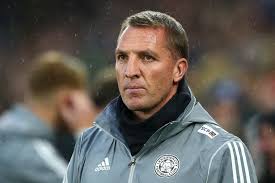 Former Arsenal coach, Arsene Wenger, has denied rumours that he could return to Arsenal to occupy the vacant role as club chairman.
This is coming after the former club chairman Sir Chips Keswick retired at the end of May after 15 years.
Martin Keown, former Arsenal defender had urged the club to appoint Wenger as chairman saying the Frenchman’s return to the club at boardroom level would be ‘special’.
Keown told talkSPORT: ‘It would be something special to see Arsene Wenger come onto the board.
”I don’t think so somehow, I think he’s said recently he doesn’t want to do that, never saw himself as someone who would sit on the board, but they could do a lot worse”.
Wenger, however, dismissed the rumor. In a one sentence reply, Wenger told beINSports: ‘The candidate says there is no candidate.’
Wenger’s last game as Arsenal manager came in May 2018, after 22 years at the club winning seven FA Cups and three Premier League titles.