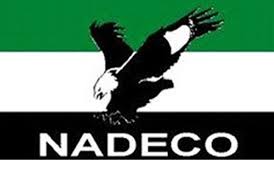 National Democratic Coalition, NADECO, has described the recognition of June 12th, as Democracy Day, by the President Muhammad Buhari’s led All Progressives Congress, APC administration, as mere distraction, as the demands and yearnings of the true advocates of June 12 have not been met.
Mr Ayo Opadokun, National Secretary of NADECO, on AIT’s KAKAAKI programme yesterday, maintained that Nigeria has been a captured state through military incursion into politics, thereby making some people custodians and some spectators in the polity.
According to him, different administrations that have come on board since the return to civilian rule in 1999, have refused to do the needful, which he said, is the true and holistic restructuring of the country.
“Former President Goodluck Jonathan refused to put in place some of the recommendations of the 2014 Confab because he was afraid and he lost his second term bid.
“The military bastardized the country’s democracy. The so-called national conferences were mirage, they were set up to waste time and not to serve the yearnings of the Nigerian people.
” Some people have seen themselves as the custodian of Nigeria state, while the rest of us are spectators.
“Look at the humongous salaries and allowances politicians earned, and all these at the expense of the poor masses,” he added
Opadokun speaking further stated that, President Buhari promised to look at the recurrent expenditure of the country, but nothing has been done five years into his administration.
Joe Igboe Odumakin, Pro-democracy activist, stated that the present administration has a lot to do to place Nigeria on the right footing. She stated that press harassment under Buhari has reached an alarming rate, and that something should be done about it.
She he urged President Buhari, women society, security agencies and other stakeholders to do more about violence against women, as well as make sure the country come out of this COVID-19 pandemic.