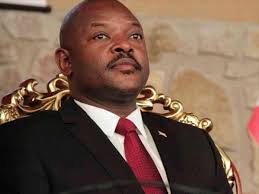 The government of Burundi has announced the sudden death of President Pierre Nkurunziza.

According to a statement on Twitter, President Nkurunziza died Tuesday after suffering a heart attack.

He was 55 years old when he passed on.

However, there had been speculations about his health in the past 48 hours after his wife was moved to South Africa for COVID19 related illness.