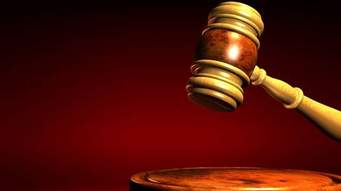 35 years old man, based in Abuja, FCT, Onyebuchi Ezema, will on 16 June be arraigned before a Federal Capital Territory High Court for allegedly raping his own 4-year-old daughter.

The accused was said to have raped the daughter at his residence in Lugbe, a suburb of the Abuja metropolis.

Although the arraignment was slated for Monday, it was, however, scuttled due to lack of a language interpreter.

The defendant had stunned the court when he announced that he understands and speaks Igbo language only while all efforts to get a neutral interpreter were unsuccessful.

Justice Angella Otaluka who was confronted with the challenge of securing an interpreter was forced by the challenge to put off the arraignment till June 16.

The Judge ordered the registrar of the court to get a neutral interpreter before the adjourned date.

In the one count charge, the defendant, Onyebuchi Ezema is accused of raping his four-year-old daughter between the 15th and 16th of April 2020 at Lugbe within the jurisdiction of the FCT high court.

The alleged offence is punishable under section one subsection one of the Violence Against Persons Prohibition Act of 2015.

Counsel to the National Agency for the Prohibition of Trafficking in Persons NAPTIP, Mr. Cornelius Dabeet declined speaking with Judiciary reporters on the matter adding that he has not been authorized to speak to the press.