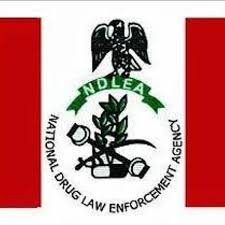 Idealposts
National Drug Law Enforcement Agency, NDLEA in a stop and search operations, intercepted 3,136 tonnes of Cannabis Sativa on the Okene-Lokoja Expressway in Kogi state.
In a statement to journalists on Monday, the illicit substance was conveyed in a 30T HOWO truck heading to the Federal Capital Territory, FCT Abuja.
According to an NDLEA Head of Public Affairs, Mr. Jonah Achema, “NDLEA patrol team intercepted the truck. When an officer got on the truck to confirm its content, the driver engaged the engine and drove away with the hapless officer still in the truck.
“The members of the team mobilised and pursued the truck, when the pursuit became hot, the driver and one other person who were in the vehicle jumped off the vehicle and escaped.
“In the course of the operation, the team discovered some items and documents belonging to the suspects.
“We have the vehicle number plate, a telephone and some other documents that were recovered from the truck which the team took to the office for further investigations.
” The two suspects are Ibrahim, also known as Ade Bendel, from Edo state, but based in Abuja and the second one which is the driver, Abor Bello, from Edo also and both en route far Northern States, FCT,” he said.
Achema said that the ownership of the drug labeling on the bags indicated many owners.
”The NDLEA is in possession of the truck while officers continue with its investigation.
”The agency will intensify surveillance in Kogi because it shares boundaries with no fewer than 11 states,” he said.
The State Commander, Mr. Alfred Adewunmi, assured Nigerians that the NDLEA would ensure that all suspects are arrested.
He said that the agency had been on the forefront to ensure those who were still in the drug business were brought down to face the consequences.
“The public should not hesitate to call on the agency the suspects are seen, adding that the fight against drug abuse and trafficking was everyone’s business.
“As the crack-down on drugs continues, it is only expected that all stakeholders will ensure cooperation so as not to undermine the need to bring these illicit drug criminals to book.”