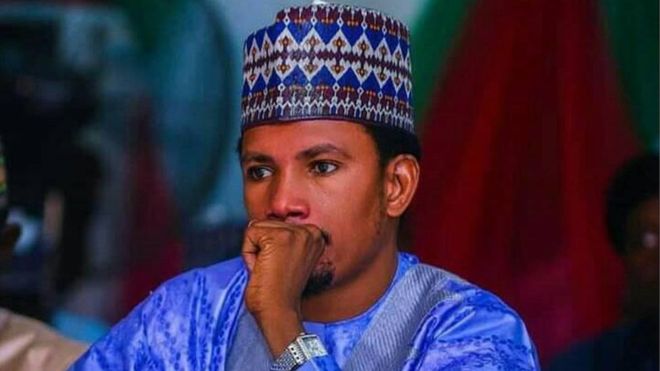 Personal Assistant, PA to Senator Elisha Abbo, representing Adamawa North Senatorial District at the National Assembly, Zaman Abasiriyu, has been arrested by the police for alleged forgery and impersonation.
Abasiriyu was alleged to have written to the Director-General of the Department of State Services, DSS using the Senate’s letterhead to solicit Abbo’s PA was also alleged to have used similar trick to solicit for contracts from ministries, boards and other government agencies in the country without the notice of the Senator.
He also allegedly extorted unsuspecting employment seekers with the promise to get them good and well-paying jobs.
Luck, however ran out on him when the DSS replied directly to Senator Abbo, stating that the agency was not recruiting and that if the need arose, he would be contacted.
Senator Abbo, while suspecting the foul play, because he has never put up such request to the DSS, contacted the police, who swooped on Zaman’s apartment in the Garki area of Abuja; arrested him and recovered incriminating documents.
When contacted, Abbo said, “I received a call from the DSS Headquarters in response to the purported letter I sent asking for recruitment favours.
“They said there was no such exercise now but that when recruitment starts they would contact me through the Senate Committee Chairman on National Security.
“I was alarmed because I have never sent any such request; not to the DSS or any government agency.
“So, I petitioned the police officially, who eventually discovered from my PA acknowledged copies of letters sent with my forged signatures.”
Zaman, who is being held at the Guzape District Police Station in the Federal Capital Territory, was alleged to have defrauded a woman to the tune of N2m in 2019.