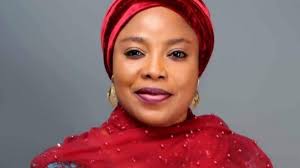 Minister of state for the Federal Capital Territory, FCT Dr. Ramatu Aliyu, has called for stiffer penalties for rapists considering the increased numbers of offenders in the country.
Aliyu advocated that rapists should be castrated to serve as deterrent to others who have the intention of committing such crime in the future.
The minister made the call in Abuja shortly after the distribution of palliative items to the leadership of FCT National Council of Women Societies, NCWS, Nigeria Labour Congress, NLC, FCT chapter and Nigeria Football Association of Coaches FCT chapter.
She revealed that the FCT Administration was working closely with security agencies and the National Agency for the Prohibition of Trafficking in Person, NAPTIP to push for serious institutional framework that would ensure justice is served.
Aliyu said members of the community would be engaged in the battle against rape especially of minors.
The minister who described rape of minors as heinous crime, however maintained that death penalty was not the best of option for offenders, arguing that when a society choses to kill such offenders, they die and not remembering the crime they have committed against humanity.
According to her, “We will involve every member of the community in this battle against rape. Just recently, we are in search of one offender, and definitely we will nip it in the bud. And in conjunction with all the security outfits, NAPTIP, in the Federal Capital Territory, we are in the watch, and for any offender that we get, we will take it to any length to ensure that he is not fit to live”
“We are also pushing for serious institutional framework that will ensure that justice is done. It is not enough to just jail such person, definitely punishment like castration will do. When we kill them, they die and not remembering anything, therefore they should be castrated and roam the streets and remain inactive” she said.
In a statement issued on Sunday by her Special Assistant Media, Austine Elemue, the minister said the palliative is for onward distribution to identified vulnerable among them, as part of measures to cushion the effect of the lockdown.
Aliyu used the occasion to appeal to the leaders to ensure that the palliative items get to the vulnerable, assuring that in no distance time Nigeria would be free from this COVID-19 pandemic.
“We have been going round and round in the distribution of palliative items in the Federal Capital Territory. But I know you must have wondering why we have not come to those who really laboured, those who really spare their time to ensure that we succeed.
“It is not because we did not appreciate your contributions, but because we have to take the battle to the poorest of the poor who domicile in the rural areas. We combed every part of the territory to ensure that the message of President Muhammad Buhari gets to them,” she stated.
Responding, the President of FCT Council of National Council of Women Societies, Hajia Hadiza Umar, thanked the FCT Administration for the kind gesture, just as she assured that the items would be distributed among widows in the society.
However, the Nigeria Labour Congress, NLC, FCT Chapter received 1000 bags of 5kg rice and 1000 bags of condiments, National Council of Women Societies, NCWS, FCT, 1000 bags of 5kg rice and 1000 bags of condiments, while Nigerian Football Coaches Association, FCT chaper, 80 bags of 5kg rice and 80 bags of condiments.