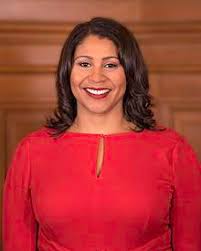 San Francisco Mayor, London Breed has announced on Wednesday that the city would lift the curfew at 5 a.m. local time (1200 GMT) on Thursday.
“Starting tomorrow(today) morning at 5 a.m. we will be lifting the curfew in San Francisco,” Breed said.
She noted that the overwhelming majority of people out protesting are now doing so peacefully.
She said the protests in the city and across the United States are for an important cause.
She gave an assurance that San Francisco will facilitate peaceful demonstrations.
“I am Mayor of San Francisco, but I am a black woman first. I know what it is like to experience injustice.
“And as someone who grew up here, I am well aware that we have our own legacy of racism to reckon with and rectify,” she noted.
The curfew was implemented from Sunday night following chaos in the city as protests raged over the killing of George Floyd by a Minneapolis policeman.
In San Francisco on 30 May , numerous fires were lit and heavy vandalism and looting took place in the Downtown, China Town, Union Square and the SoMa district.