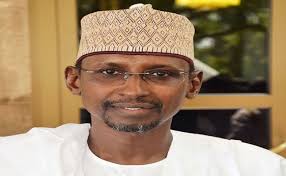 Minister of the Federal Capital Territory, FCT, Malam Muhammad Musa Bello, has inaugurated the FCT State Community Policing Advisory Committee, SCPAC, calling on members to be guided by the principles of natural justice and laws of Nigeria.
Malam Belllo said this was part of government efforts towards reducing crime rate in the Federal Capital Territory.
While inaugurating the 17-member committee headed by the FCT Commissioner of Police, Bala Ciroma, the Minister also urged members of the committee to be non-partisan in the discharge of their duties.
He also reminded them that the concept of community policing was anchored on a premise of trust between the people and security agents, adding that the must not fall short if the objective of the policy is to be achieved.
He said, “Once there is a trust deficit in any guise or form, the workability of this policy becomes highly diminished and we would have lost a great opportunity in improving the security profile of the Territory”.
Speaking on the selection of special constabulary for community policing, the Minister added, “It is necessary that during the selection of those that will serve as members of the special constables, at whatever level this selection is being done, it must be fair, just and equitable”.
Malam Bello said those selected should be provided with basic training required for the job.
He advocated for a robust feedback and monitoring mechanism on the performance of those appointed to assigned tasks within the communities.
The Minister also called for the confidentiality of investigations and protection of informants.
While giving an overview of the functions of State Community Policing Advisory Committees, the Assistant Inspector General of Police (Community Policing), Mr. Bala Senchi said the SCPAC was the highest advisory body on community policy in a state.
According to him, the implementation of the policy will be cascaded down to the grassroots through the State Community Policing Committee, Area Command Community Policing Advisory Committee, Local Government Community Policing Advisory Committee, the Divisional Community Policing Committee and the Special Constabulary.
In his address at the occasion, the Inspector General of Police, IGP Mohammed Abubakar Adamu, who was represented by the Deputy Inspector General Police in charge of operations, Alh. Abdulmajid Ali said community policing will bring back communalism in the communities which he said had been lacking for a long time.
He also commended the FCT Administration for taking the laudable step of embracing community policing as a method of checking crime in the FCT.
In his acceptance speech on behalf of other committee members, the FCT Police Commissioner, Bala Ciroma, who is also the Co-Chairman of the Committee said the Committee members accepted the responsibility and promised they will deliver on the mandate assigned to them.
Members of the FCT State Community Policing Advisory Committee are:
i. CP Bala Ciroma – Chairman
ii. HRH Adamu Baba Yunusa- Onah of Abaji
iii. Senator Phillip T. Aduda- Senator representing the FCT
iv. Rev. Dr Samson Jonah- Chairman, FCT Christian Association of Nigeria
v. Dr Tajudeen M.B Adigun- Chairman, FCT League of Imams Initiative
vi. The Commander, Army HQ Garrison, Abuja
vii. The Commander, Guards Brigade, Abuja
viii. The Commander, Naval Unit, Abuja
ix. The Commander, 053 NAF Camp, Abuja
x. State Director, Department of State Service, Abuja
xi. The Comptroller, Nigeria Correctional Services
xii. The Commandant, NDLEA, FCT Command
xiii. The Commandant, NSCDC, FCT Command
xiv. The Comptroller, Nigeria Immigration Services, Abuja
xv. The Sector Commander, FRSC, FCT Command
xvi. The Director Security Services Department, FCTA
xvii. Chief Bolaji Adigun – Chairman, Police Community Relations Committee.