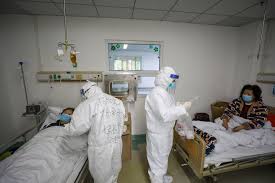 Bangladesh on Sunday reported 40 new COVID-19 deaths and 2,545 new patients in just one day – by far the country’s biggest one-day tally since the crisis begun in the country on March 8.
The highest single-day rise in deaths came just a day after the country reported 28 COVID-19 fatalities.
“Forty people died in the last 24 hours, taking the total to 650,” Professor Nasima Sultana, a senior health ministry official, told an online media briefing in Dhaka on Sunday afternoon.
According to the official, the number of confirmed COVID-19 cases increased to 47,153 on Sunday with the rise of the new 2,545 cases.
Previously on May 29, Bangladesh recorded 2,523 cases in a 24-hour period.
During the last 24 hours, the official also said 406 more patients were released from hospitals and clinics, bringing the number of recovered patients in the country to 9,781.