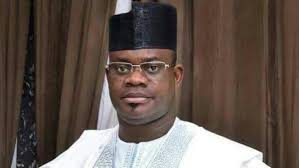 Moslem faithful could not hold their jumu’at prayers on friday in Central Mosque of Okene in kogi state, as supporters of two different Islamic sects jostling for the vacant position of Chief Imam of the mosque clashed and disrupted the prayers’ proceedings .
The Tijjaniyah and Al-sunnah Islamic sect have been at dagger drawn over succession issue in the said Central mosque since the death of the late Chief Imam, Sheikh Musa Galadima.
It was gathered that Sheikh Salihu Abere of Tijjaniyah group, and who was the late chief Imam second in command was asked to step in (immediately after his demise) , pending the appointment of the new Chief imam, a decision the Al-sunnah sect in the mosque refused.
The simmering feud between the two sects peaked on Friday as the Sunni sect supporters in the mosque kicked against the contuinty of the Tijjaniyah acting Imam’s leadership; as they told him to step down for a Sunni sect person, believed to be enjoying the support of governor Yahaya Bello.
In the melee that followed, many that came for the ritual Friday jumu’at prayers in the said mosque were injured as free for all fight ensued between the two warring religious sect.
It was learnt that after the fight in Okene Central Mosque in the afternoon, the two warring factions shifted their battle ground to the town where shops and business houses were destroyed to the surprise of all.
According to an eye witness, a particular popular person in the town , identified as Mallam Yakubu A.K America said to be a strong member of one of the Islamic groups had his shop in Okene vandalised by a rival group.
It could be recalled that the leadership of the Okene Central Mosque has been a source of concern since the death of the late Chief Imam.
The tussle has pitched governor Yahaya Bello , fingered to be behind the Al-sunnah candidate against the Sultan of Sokoto , the supreme leader of Islam in the country and Ohinoyi of Ebiraland who is in the same page with the Sultan over the succession procedures.