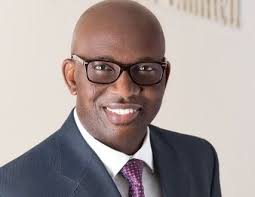 Managing Director/Chief Executive Officer, Nigeria Liquefied Natural Gas, NLNG, Mr. Tony Attah, has disclosed that Nigeria had over 200 trillion cubic feet of proven natural gas reserves, the ninth-largest in the world, saying it was time for Nigeria to unleash its gas potential.

Attah said there were 36 off-takers of liquefied petroleum gas in the country being supplied by the company, adding that the NLNG “is engaging market players to kick-start domestic LNG scheme”.

Early this month, the company said that the market realities of low prices and economic lockdown induced by COVID-19 scourge had changed the business landscape including LNG business.

“NLNG continues to closely monitor the global impact of COVID-19 and adapt as appropriate to meet our contractual obligations and achieve resilience,” it said.

After decades of exporting liquefied natural gas from the country, the Nigeria LNG Limited has said it is engaging market players to begin the domestic supply of the commodity.

The NLNG, which is jointly owned by the Federal Government and three international oil companies, was established in 1989 to harness Nigeria’s vast natural gas resources and produce LNG and natural gas liquids for export.

The Managing Director/Chief Executive Officer, NLNG, Mr. Tony Attah, disclosed the new move in a presentation at a virtual business forum of the Nigerian Gas Association.

Attah, who was represented by the firm’s General Manager, Production, Mr. Adeleye Falade, described Nigeria as a gas nation with some oil.

“NLNG continues to closely monitor the global impact of COVID-19 and adapt as appropriate to meet our contractual obligations and achieve resilience,” it said.

The Chairman, National Gas Expansion Programme, Ministry of Petroleum Resources, Dr. Mohammed Ibrahim, said at the forum that the fundamentals for Nigeria’s gas development were strong.

“The National Gas Policy, gas commercialisation and the network code will help unleash its hidden potential,” he said.

According to him, 7.99 billion standard cubic feet of gas was produced in the country on May 7, 2020, out of which 3.51 billion scf was exported, 1.47 billion scf went to the domestic market, 2.54 billion scf used for re-injection/fuel and 534 million scf was flared.

He said the NGEP was conceived and designed to serve as a catalyst for adding value to the vast natural gas reserves in the country.

Ibrahim said, “Africa currently holds a share of around six per cent in global marketed gas production. That share will rise to more than 10 per cent by 2050, if not more.”

He said the current short-term shocks and natural gas price environment would not have any considerable impact on the long-term projections.

“A significant share of the increase in the marketed production will come from Mozambique and Nigeria. Nigeria’s gas reserves (200tcf) indicates an inherent possibility of exploring our gas reserves for at least the next 100 years with the potential for a further 600tcf in unproven reserves,” he said.