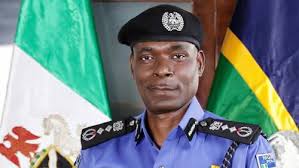 47 years old Uchenna Egbuchulem, from Ndiuhu Alaenyi Ogwa in Mbaitoli Local Government Area, LGA of Imo State, has been arrested by the operatives of the Imo state police Command for allegedly raping and impregnated his 17 years old daughter, Adaku Egbuchulem.

In a statement issued yesterday in Owerri, by Police Public Relations Officer, PPRO, SP Orlando Godson Ikeokwu, the Divisional Police Headquarters at Mbaitoli, arrested the suspect upon receiving the report of the rape on 12 May.

“Upon a report received from a good Samaritan, that the above named suspect forcefully had canal knowledge of his biological daughter to the extent of getting her pregnant, the suspect was arrested” Ikeokwu said.

According to him, the mother of the girl who hails from Cote d’ Voire (Ivory Coast) was said to have abandoned the marriage and returned back to her maiden home when the girl was an infant and left her with the father.

He stated that the father, Mr. Uchenna, began to take undue advantage of her and serially had canal knowledge of the unsuspecting girl.

The PPRO added, “He was said to have forced her to bed by threatening to kill her with a matchet.”

The command spokesman revealed that investigation has commenced, and he will be charged to court accordingly in due course.

Investigation has revealed that the suspect was apprehended when his daughter disclosed to prying neighbours that his father was responsible for her pregnancy after much pressure because her father threatened to kill her, if she dared expose him.

The villagers, on getting wind of the abomination, took Uchenna and paraded him naked across the village raining abusive songs on him.