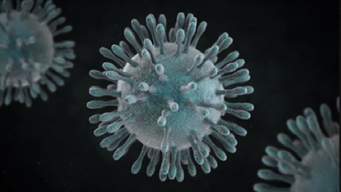 Nigeria has reported 239 new COVID-19 cases, increasing the total number of infections in the country to 4,151 cases.
Nigeria Centre for Disease Control confirmed the new cases in a tweet on Saturday night.
According to the agency, 97 of the cases were in Lagos, 44 in Bauchi, 29 in Kano, and 19 in Katsina.
Borno States had 17 cases, the Federal Capital Territory had seven cases, Kwara had six, Oyo had five, while Kaduna, Sokoto and Adamawa states had three cases each.
Kebbi, Ogun, and Plateau states each had two cases, while Ekiti had one new case.
239 new cases of #COVID19;
97-Lagos
44-Bauchi
29-Kano
19-Katsina
17-Borno
7-FCT
6-Kwara
5-Oyo
3-Kaduna
3-Sokoto
2-Adamawa
2-Kebbi
2-Plateau
2-Ogun
1-Ekiti
4151 cases of #COVID19 in Nigeria
Discharged: 745
Deaths: 128
Since February 27 when Nigeria confirmed its index COVID-19 case, the virus has spread with cases confirmed in 34 states and the Federal Capital Territory Abuja.
Out of the 4,151 people who have been infected in the country, 745 have recovered while 128 have sadly lost their lives.
Lagos remains the epicentre to the pandemic in Nigeria with 1,764 confirmed cases or 42.5 percent of total infections.
It is followed by Kano State, which has 576 cases and the Federal Capital Territory Abuja with 343 cases.
The novel coronavirus has killed at least 276,435 people since the outbreak first emerged in China last December, according to a tally from official sources compiled by AFP as of 1900 GMT on Saturday.
More than 3,984,960 cases were registered in 195 countries and territories. Of these, at least 1,312,900 are now considered recovered.
The tallies, using data collected by AFP from national authorities and information from the World Health Organization, WHO, probably reflect only a fraction of the actual number of infections.